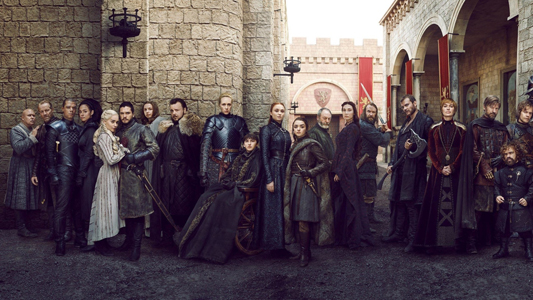 That’s a very tough question. The truth is all of the characters in Game of Thrones – men and women alike – have great voices. Of course their accent doesn’t hurt nor their impeccable diction.

What I look for in a great voice is the resonance which is produced in the chest cavity. Without that resonance, you are left with what you hear from the majority of the population worldwide.

We are not using our most important vocal resonator when we speak. Your body has 5 cavities which aid in the production of voiced sound: the voice box, throat, mouth, nose, and chest. Unfortunately, most people do not use their chest cavity when speaking, instead relying on the other 4 resonators to produce their sound.

In not using the chest cavity when speaking, your voice is probably higher in pitch than it should be and definitely not warm nor rich in quality.

Other descriptions might include nasal, throaty, shrill, harsh, wimpy, weak, strident, high-pitched, too soft, too loud. The list goes on and on.

In reviewing the cast of Game of Thrones in an interview (after not having heard them for the past 2 years), I was immediately drawn to the voices of all of the characters. They are all resonant – deep, rich, luscious – but the one that ‘struck a chord’ was that of Tyrion Lannister, played by Peter Dinklage. Wow! What a powerful, beautiful sound!

If you would like to discover the resonance in your voice, check out my voice training page to see what would work best for you.