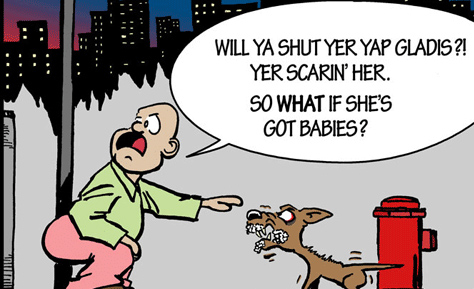 If you are a mumbler, the chances are you a man. I know; I know. While generalizing may not be politically correct, from my experience and background, I have found that mumbling is more common among men – especially tall men; whereas, women tend to get lockjaw.

The problem for those of us who have to listen to a mumbler is that we cannot understand you. And, if we don’t understand you, there are only so many times that we will ask you to repeat yourself before taking over the conversation. If you expect to be heard, you must break this habit.

Mumbling is a problem that can be remedied easily if you are willing to start listening to yourself when you talk and practice a few exercises as well.

When I moved back to the States in 1997, one of the first group sessions I held included a man and his 13-year-old son. While I do not recommend voice training for those under 18 because the vocal folds have not yet matured, in this case, I made an exception. Both David and his son, Aiden, were extremely difficult to understand because they barely moved their lips when speaking.

At first, Aiden was not especially interested in voice training; however, after he saw and heard himself on video, he agreed to work on his mumbling. The changes in both father and son were striking. Surprisingly, some of the most difficult clients I’ve had, have been those who mumble: they are most resistant to change because they do not recognize the problem. In many cases, they refuse to believe there is a problem. Once they have seen and heard themselves on video, however, they are more than willing to work on it.

Why were both Aiden and his father mumblers? Because we imitate our loved ones in our early developmental years. Given a loving and nurturing relationship between father and son, if dad mumbles, so too will his male offspring. Chances are good that the paternal grandfather in this family mumbles as well.

If you wish to project a confident image in your business career, mumbling is not part of that picture because it gives the wrong impression. Mumbling makes you look weak, inefficient and unprofessional.

If you have been told you mumble, chances are that you do. Do not ignore this learned habit. Seek help to eliminate your immovable lips and start enunciating more clearly. You will be amazed at how more appreciative your listeners will be.