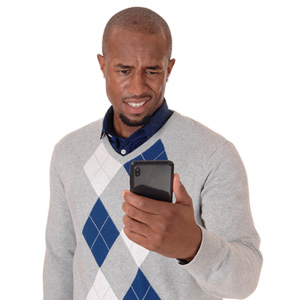 Recently I received a phone call from a young man who told me that he was soft-spoken.  It took everything in my power not to tell him that speaking too softly was not his problem:  his problem was that his diction was so poor I had difficulty understanding him.  In the past, I had written about a similar caller but this was different.

The man I had spoken to some months earlier was hard to understand because of his Southern drawl.  The man I spoke to the other day was almost impossible to understand and not because of a dialect or a drawl or an accent.  There is no doubt in my mind that the man I spoke to yesterday was an American by birth.  He had no discernable accent or dialect.  What he had was incredibly lazy diction.

He believed himself to be soft-spoken because people constantly asked him to repeat himself.  This need for repetition was not because of a lack of volume.  It was due solely to his lazy mouth.  (I was certainly able to hear him well enough; I just couldn’t understand him.)

If others ask you to repeat yourself, the question you should consider is whether it is because you speak too softly or because you do not move your jaw, your mouth, your tongue and/or your lips when you enunciate your words.  Your speech depends on all four of those articulators.

To help you answer that question, you should record yourself in a conversation with someone else (please use someone who speaks clearly and in a normal volume of sound).  Study the playback.  In doing so,

If you find that your diction is lacking in clarity, you need to make the change because the image you are projecting is not professional.  Others will be much more impressed if they understand you the 1st time you say it and not after several pointless repetitions.

Check out Voicing It, my video training on voice and discover why so many have said, “I love my ‘real’ voice!