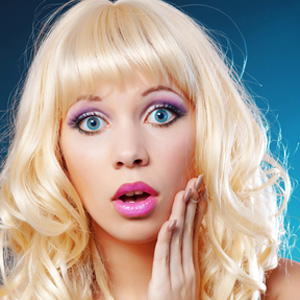 We hear it every day. We hear it on news stations both on radio and TV. We hear it in conversation. We hear it at work. And, it is driving me crazy! You may do it yourself and not know it. What am I talking about? Talking on the upswing or as I’ve described it in the past – the Valley Girl sound.

Uptalk is a manner of speaking in which you place an upward inflection on the last word of a declarative statement, making that statement sound like a question. It is interesting that the Urban Dictionary says it is common among teens and surfers. Certainly in the ‘90’s that was true. Today, however, uptalk is common among teens as well as those in their 20’s, 30’s, and ‘40’s.

Uptalk gives the impression to your listener that you are unsure of yourself.

I had never heard uptalk in normal conversation from either my clients or those being interviewed by the media until 20 years ago. However, I have been writing about uptalk in regards to the personal introduction since I started my business in 1989. During business meetings, when people would introduce themselves, every statement in their intro sounded like a question. (And that was before Beverly Hills, 90210!)

No, speaking on the upswing is not part of a woman’s nature or else we wouldn’t see the rise of it among men. Uptalk is a habit. A habit that teens started in the 90’s and continued as they went through college and into the workforce. That is why we are hearing so much of it today.

Gillibrand further stated that women speak this way because they want to be ‘well-liked.’ I don’t agree. It started back in the 90’s because teenage girls thought it sounded cute and surfers thought it cool. And then it became a habit.

From my experience, the majority of adults who speak in this manner are not aware of it. At one of my voice & presentation skills workshops, a woman in the group told us that her colleagues had complained about her delivery, in particular, her uptalk. She was unaware of it. Once Bora heard herself on video, however, she recognized the problem and started finishing her statements on the ‘down swing’ instead of the ‘up.’

The best way to find out how you end your sentences is to record yourself in conversation and study the playback. If you are finishing your statements on the upswing, you can change this habit.

Example: He went to the store.

Once you are comfortable with the above sentence and are able to say those 5 words as a statement, ask it as a question:

Example: He went to the store?

Go back and forth between question and statement, training your ear to recognize the difference.

If you’d like to work on your ‘uptalk’ in person (and discover your richer, warmer, and yes, sexier voice), email me for a free consultation.