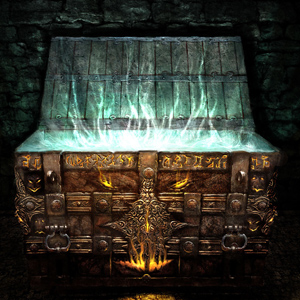 I had one of the most interesting experiences a few weeks ago.  A woman from Australia contacted me and asked if I could help her.  (It was 6 am – thank goodness I’m an early riser!)  Delmae had ordered the Voicing It! DVDs earlier that week but would not receive the package for another week.  As she had to give a 50-minute presentation the following Wednesday, she was very concerned about her delivery and wanted my help.

So we Skyped.  As soon as we connected, her eyes darted every which way as she talked, never once making eye contact with me.  And she had a childlike voice.  She told me that she was being interrupted as she spoke and was being talked over.  So I decided to start training her right then and there.

Within 10 minutes, she turned around from the corner (having done her Donut Oh’s – something my clients are all familiar with) and said to me, “It is so much easier to speak this way.”  I was floored!  I have never had anyone pick it up so quickly – literally having met and worked with her for only 10 minutes.

She then started her presentation, not only keeping her ‘real’ voice while speaking, but also making eye contact with me as well as directing her gaze throughout the room as if others were present.   Her delivery skills were excellent.

How she delivered her material to me was nothing like her previous presentations.  I know this to be true because following her session on Wednesday, she sent me a video of that presentation as well as the same presentation she had given 3 months earlier.  The difference was like night and day!

Some of the comments Delmae received were:

“Delmae demonstrated her centeredness holding the space so the audience had no where to go but be with her!”

“That was the BEST talk of the day”

“That was the BEST I have ever seen you do”

How was Delmae able to maintain the change and apply it to her presentation the following week?  Because the diaphragmatic breathing was second nature to her – that’s the 1st step.  The 2nd step was to use her chest cavity to power and amplify her sound.  Once she discovered that sound, she immediately recognized that her ‘old’ or habitual voice took a lot of effort to produce; whereas, her real voice came out with such ease.  No stress, no strain, no pressure.  It was like opening Pandora’s Box.

If you’d like to open Pandora’s Box and unlock your ‘real’ voice, join me in Los Angeles for my 2-Day Voice & Presentation Skills Workshop, July 14 & 15.