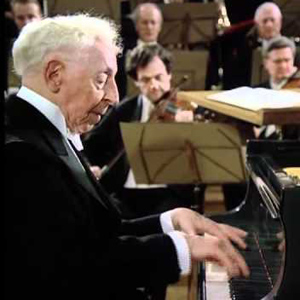 When it comes to public speaking, those who have the most difficulty are often labeled as a Type A personality. Characterized by an intense drive for perfection, the Type A individual does not allow for mistakes. And, that is the crux of the problem.

Is it possible to achieve ‘perfection’ in a live performance? Who is to say it is perfect? Perfection is subjective in this type of venue. What I may see as perfect, someone else may not. For the Type A personality, this obsession can lead to failure, in which he/she focuses only on the negative.

Last century witnessed one of the greatest pianists of all times, Arthur Rubinstein. Known for making mistakes in his concerts and even in his recordings, Rubenstein was not concerned with a few missing notes or passages that had blemishes. According to biographer, Harold Schonberg, Rubinstein “was daring, he took chances, and if a few notes suffered en route that was unimportant.…when he was on the concert stage one felt as though the piano itself was welded to his body. Musician and instrument were one.”

In an interview with Schonberg in 1964, Rubinstein said, “I will take a chance. There has to be an element of daring in great music-making. These younger ones, they are too cautious. They take the music out of their pockets instead of out of their hearts.”

No better statement could be made about public speaking as well. Too often the presenter takes the notes from his/her pocket and proceeds to deliver a dry rote presentation, which may be perfect in the sense that every word is well planned and well scripted but there is no heart in the delivery. No passion, no enthusiasm, no emotion. Part of the lackluster presentation is this obsession with perfection coupled with nervousness.

Mistakes are made constantly by great performers, athletes, and public speakers as well. If you don’t believe me, just listen to the news on any given day, at any given time, on any given radio or TV station. If the greats in broadcasting, stage acting, performing, sports, or public speaking were to allow an occasional mistake to consume them, we would have no one to entertain or inform us.

That does not mean a presentation replete with errors however. When there is an abundance of mistakes, then you are not well prepared. You must practice your script so that you are comfortable with and know your material. And that means practicing it out loud. Record yourself and study the playback so that you can see and hear what you are doing.

Had Rubenstein focused only on the technical skill of his delivery, his music would never have been as great. So instead of focusing on the possibility of an error, focus on knowing your material so that you can speak from your heart, allowing your emotion not only to be heard in your voice but also seen in your facial expression and body language.

If this pianist, considered by some to be the greatest of the 20th century, could accept and acknowledge his mistakes, do you not think you can do the same?