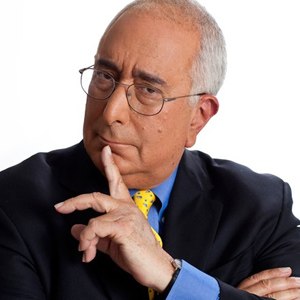 Comedian and actor Ben Stein has a wonderful shtick in which he speaks in a monotonous, sing-song style. His droll manner makes him a lot of money for the commercials he does as well as the parts he has played in movies. Watching him is entertaining because his lack of color or expression is what makes him so funny.

Were he your minister or the guest speaker at your next event, however, this lack of emotion when speaking would become very tedious, very fast.

If you have been told you speak in a monotone and question your lack of emotion, take the following test.

Those three examples – questioning, angry, and happy – are three very different forms of expression. Each one should have produced some change in your facial expression, your body language, and most importantly, the vocal variety of your voice.

If you found no difference between the three, you need to open up and allow your emotions to come through; otherwise, people will not only think of you as boring but they could possibly regard you as cold, indifferent, unfeeling and/or uncaring. (Those adjectives alone should be enough for you to want to make the change.)

If you lack expression over the phone, in a face-to-face conversation, or at the lectern, it is time for you to let go of your inhibitions and allow your emotions to be seen and heard. The first step is to practice those three examples above in front of a mirror every day. Change the words and add variety. Say something as if you were tired or demanding or surprised.

You have it in you to speak with more expression. It is merely a matter of allowing it to be.

The Voice Lady Nancy Daniels offers Skype sessions, private, corporate and group workshops in voice and presentation skills as well as Voicing It!, the original video training program on voice improvement. Visit the Voice Training Services page to see how she can help you.