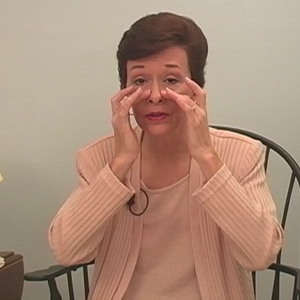 Would you like to test yourself for nasality? Gently place a finger on each side of your nose and say the word he.  Did you feel any vibrations in your nose? Now say the word hay.  Again, did you vibrate?

If your answer is yes, then you have nasal issues. Those two sounds, the long a and long e should not be articulated through your nose. They really don’t belong there. If you had said the word grain or green, however, you would have noticed some vibration because both words contain a nasal.

In the English language, we have 3 nasal sounds: the m, n, and ng. What this means is that any word you say which contains one or more of those nasal sounds should vibrate to some degree in your nasal passages.

Nasality is not just a problem for those in the New York area. In different areas of both the United States and Canada, you will find different types of nasality. And, while the Midwest is considered void of accent, many in those states display some nasality with the short a sound. Words like gas, flat, and dad, for example, are enunciated through the nose. Trust me, those words do not belong up there either!

I once worked with a woman from Idaho who discovered a beautiful voice. Her diction was excellent aside from her words that had a short a sound. That little sound going up through her nose marred her speech. By learning how to enunciate the short a along the floor of her mouth, she successfully eliminated her nasal sound.

Sometimes nasality will be eliminated when you discover your ‘real’ voice, the deeper, richer, resonant sound which is produced by your chest cavity. Other times, however, you may need to practice with specific exercises.

Watch Katie’s ‘before and after’ video and notice how she eliminated her nasality once she found her ‘real’ voice. You will also notice that she sounds more mature.