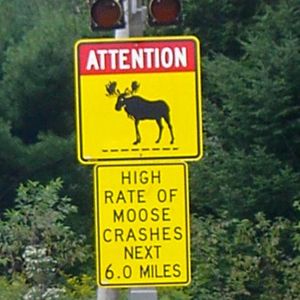 Good public speaking skills involve more than presenting informative or persuasive material to an audience in an engaging, uplifting manner. It requires the use of connectives to keep your presentation or speech organized as well as unified. Better than a verbal tic, such as ‘um’ or ‘ah,’ good connectives make it easier for your listeners to both follow what you are saying and remember more of what you are saying.

The 4 types of connectives include:

Without a doubt, one of the most popular forms of connectives are signposts. The signpost refers to brief statements that tell your audience where you are in your speech. They can be numbers – the 1st idea, the 2nd idea, etc.; they can be questions which offer good audience interaction; and, they can be phrases that underscore important points in your message.

Example: The most important thing I want you to gain from my presentation is that breathing with the support of your diaphragm will not only end vocal abuse but it will also mean a more confident, more mature-sounding speaking voice.

In the above statement, I have reiterated what I want my audience to remember but I have also let them know that I have come to the end of my development. While those words are not my concluding statement, they have paved the way for my conclusion.

Transitions are words or phrases that mark the end of one thought or idea and move the speaker into another thought or idea by including material from the previous statement into the new one.

Example: Now that we have seen that the habitual voice can be affected by vocal abuse, allow me to explain how the situation can be reversed.

In the above sentence, the words in bold mark the transition, reinforcing my previous statements and paving the way for the new statement.

Similar to the transition and often including a transition, the internal preview is found in the development of the speech or presentation and includes what is coming up in greater detail than the transition. The preview is in bold.

Example: Now that we have seen that the habitual voice can be affected by vocal abuse, the remedy is quite simple. Learn to breathe with the support of your diaphragm and allow your chest to power your voice.

Including the original transition, the internal preview consists of the statement which follows in bold.

Found also in the development of the speech or presentation, the internal summary is the opposite of the internal preview because it lists ever so briefly what has already been stated. These summaries are important because they are a reinforcement of what has been said, making it easier for your audience to follow your message.

Example: In essence, by learning to breathe properly, finding the optimum pitch of your speaking voice, and allowing your chest to do the work, you will eliminate vocal abuse forever.

The above sentence summarizes succinctly what may have been discussed for the last 10, 20 or even 40 minutes of your delivery.

Using any and all of the above connectives in your delivery are very effective means of keeping your audience’s attention as well as keeping your talk organized. Use them and your listeners will remember more of what you have said.