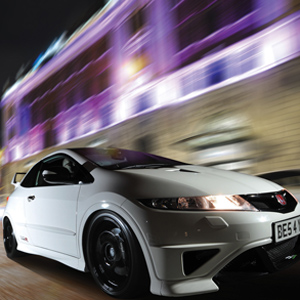 That is the feeling you get when you are in control of those nervous jitters and not the other way around.  Bear in mind, everyone gets nervous (or should) in public speaking.   If your nervousness is in control of you, however, then the outcome of your delivery is highly questionable.  Instead, why not allow your adrenaline rush to feed your body instead of depleting it?

Adrenaline is a hormone released from your adrenal glands when your body experiences great stress, exhilaration or is involved in activities that are physically demanding.

When adrenaline is released into your body, EHow Contributing Writer Shannon Peddicord describes the physical experience in the following manner:  “your body’s airways and large blood vessels dilate to funnel larger amounts of oxygen, glucose and blood to the respiratory system, muscles and brain. This hormone release also increases your heart rate and blood-sugar levels, improving the body’s performance.”

On the other side of the adrenaline rush, however, is the release of this hormone caused by excessive fear of public speaking.  In this situation, the hormone is not going to aid you in feeling stronger or more exhilarated but instead it is going to lead towards panic.  If such is the case for you, the best means of controlling that rush of adrenaline is to learn to breathe with the support of your diaphragm, also known as deep breathing.

By breathing in this manner, your body’s airways and large blood vessels will still be dilated resulting in more oxygen to the brain and the further elimination of toxins from your blood.  (Unfortunately, your habitual manner of breathing, known as lazy or upper chest breathing, actually increases your panic thereby increasing your fear because shallow breathing constricts your blood vessels and does not allow for the elimination of those toxins.)

In brief, the value of your nervousness is in its ability to produce adrenaline and in your ability to take control of it by means of deep, supported breathing.  In doing so, you will find yourself more exhilarated at the lectern, more relaxed in your being, and more dynamic in your delivery.

Nervousness is truly a blessing.  Next time you are scheduled to speak, take your adrenaline rush for a ride and see if you don’t rise above your expectations!

Watch Nancy as she describes the best means of controlling nervousness in any form of public speaking.