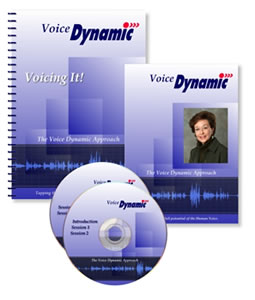 When you hear yourself on recording equipment, chances are good that you not only don’t recognize the sound, but that you also don’t appreciate, like, or admire what you hear. So allow me to make you feel even worse. What you hear on your answering machine is the sound by which you are recognized. More specifically, the voice on your answering machine is how you sound to everyone else who listens to you.

While that may not be a very comforting thought, the good news is that you can improve your speaking voice and in some cases the change can be incredibly dramatic. One of the best changes I have heard in the male voice is Craig who I worked with many years ago when I first started my business.

A Canadian, Craig had wanted to be a policeman. He took every course conceivable in order to improve his odds of being accepted into the police academy: the last course he pursued was my voice improvement course. His father told him that voice training was a waste of time and money but Craig worked so hard at discovering and using his ‘real’ voice, that after his 3rd class, his dad told him it was the best investment he had made!

What did Craig do that most people are not doing?

Once Craig found his ‘real’ voice, he used it continually. At the time, his job entailed painting fences, so he would spend his work hours breathing with support and practicing within his optimum range. In doing so, he made his ‘real’ voice a habit very quickly.

The good news is that Craig was accepted into the academy and one thing is sure. When he says, “Stop! This is the police!” this officer sounds authoritative, confident, assured.

Discovering your ‘real’ voice will improve your life in ways you cannot imagine, both professionally and personally. Your voice will sound richer, warmer, deeper and more mature; you will be able to increase your volume without shouting; and, you will actually enjoy hearing yourself on recording equipment!

The Voice Lady, Nancy Daniels, offers private, corporate and group workshops in voice and presentation skills as well as Voicing It! the only complete video training on voice improvement and is available by means of streaming/download or DVD.  If you would like to see a dramatic ‘before & after’ video clip, start with Craig on my homepage and then check out other ‘before & after’ clips on my Client Page.