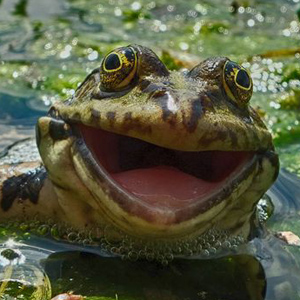 There is nothing more frustrating than having people ask you to repeat yourself because they did not hear what you were saying. There are several reasons why this may be happening: you may be soft-spoken; you may have an accent in which you are not enunciating your words clearly; or, you may mumble. Mumbling occurs when the mouth is not fully open, thus your words are not being articulated distinctly.

Mumbling is not only annoying for your listeners since they cannot understand you; but, it is bothersome for you, the speaker, because of the amount of time you waste repeating yourself.

From my experience, I have found mumbling to be more common among men, especially tall men. [I rarely meet short men who mumble. To compensate for their lack of height, short men often have big voices and good diction.]

One man, who had a spectacular voice and was at least 6’4”, admitted that he was afraid to speak distinctly and use his wonderful voice for fear of intimidating others. I say nonsense. A dynamic voice does not threaten, it commands respect. Do you find the voices of George Clooney or Sean Connery threatening? I don’t think so!

A lot of the men with whom I have worked refuse to believe that they mumble until they see themselves on video. To see if you are symptomatic of lazy lip syndrome, try the test below.

Stand in front of a mirror and say something you know from memory. Be as natural as possible. WATCH YOUR MOUTH. Did your lips move?

One of the exercises for curing Lazy Lips is quite simple although you will feel like an idiot with this exercise, so make sure you are alone when you try it!

Standing in front of the mirror, greatly exaggerate the movement of your lips and lower jaw as you say something again from memory. Open your mouth excessively wide and noticeably move your jaw in speaking your words. (Yes, it will sound silly and you may feel like The Wide-Mouthed Frog!) Now having accomplished this feat, say the same thing again without the exaggeration.

You should have noticed that your lips began to move normally the second time you said your words. Practice this exercise several times a day saying the words of a song, The Pledge of Allegiance, The Lord’s Prayer, or anything else you know from memory.

This is a very simple exercise but it is surprisingly effective. Practice it daily and become more aware of your speech and the movement of your lips throughout the day. I have had many clients successfully end their mumbling within a week. All it takes is practice and awareness.

Stop your mumbling today and be heard the first time you say it!