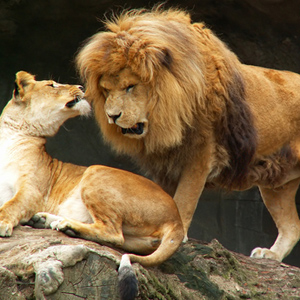 Consider the following scenario: there are two men both equally attractive. One has a voice that is warm, rich and deep. The other man has a voice that is soft, high-pitched, wimpy. Which man do you think women will find more attractive? If you guessed the man with the dynamic voice then you are correct.

But now consider this scenario: there are two men one of whom is physically more attractive than the other. The less attractive man has a voice that is warm, rich, deep; the more attractive guy sounds like a wimp. Which man do you think women will find more attractive? In this case, the answer is definitely the man who has the dynamic speaking voice.

A deep voice captivates women and it speaks volumes about you. It says that you are confident, assured and sexy. Not surprisingly, a deep voice has much to do with a man’s testosterone level, creating something akin to animal magnetism.

So what are you to do if your voice does not display the characteristics that produce animal magnetism?

Why not consider voice training? You have a better voice inside, something I refer to as your ‘real’ speaking voice; however, because you are probably not using your chest cavity to power your sound, you are probably unaware of how deep your voice actually is. Simply put, there are a lot of men in the world who have deep voices but don’t know it.

If you happen to speak with excessive nasality, then your pitch will sound even higher than it is in actuality. What this means is that if you can eliminate the strident nasal sounds, you will discover a deeper voice as well as a sound that is not akin to nails on a blackboard!

99% of the men with whom I have worked have a deeper pitch after training and a good example is Craig (you can find Craig’s ‘Before & After’ on the homepage of my website). When this young man found his ‘real’ voice, the transformation was incredible. While Craig’s ‘habitual’ voice was not particularly bad or wimpy or weak, his ‘real’ voice was deeper, richer and authoritative.

What results from good voice training is not only a better-sounding speaking voice, but a tremendous improvement in self-esteem and self image. Remember, women are not only attracted to a deep voice, they are attracted to a man who sounds confident.

If you can approach a woman with a voice that exudes both sexuality and confidence, you stand a much greater chance of winning her attention and her interest. The late Barry White had such a voice. Whether he was singing or speaking, it didn’t matter. Women were drawn to his sound.

While you may or may not be the next Barry White, your voice might be reminiscent of Sean Connery, James Earl Jones, Vin Diesel, Peter Coyote, or George Clooney – all great voices, all voices powered by the chest.

Allow your chest to do your talking and plan on animal magnetism to follow!

Watch The Voice Lady as she discusses your deeper, richer (& yes, sexier!) voice.