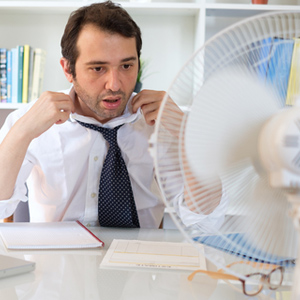 Do you know what imagery means in public speaking? While it is not quite the same as speaking with vocal variety, it does involve using color, facial expression and body language when you communicate with an audience and it is an important basis for dynamic public speaking skills.

Imagery, as defined by the free dictionary online, is “the use of vivid or figurative language to represent objects, actions, or ideas.”

At the lectern or on the stage, your goal is either to inform or to persuade. In both situations, the use of imagery is vital to keep the interest of your audience especially when using anecdotes. Those brief stories or accounts that you tell can add tremendously to your credibility as an expert in your field. And, if your objective is a career on the public speaking circuit, credibility is a must for your success.

When you recount a story, make it descriptive not only by the words you use but also by how you say those words, using your facial expression and your body language to further define the picture. Recalling an event as you stand rigidly at the lectern with nary a movement from your face and body and a voice that is relatively flat or lifeless is not how you do this.

Look at the following scenario.

Let’s say that you want the audience to know it was hot.

Saying those 3 words is not quite the same as saying,

Or you could say

In both cases, you have created imagery. Your listeners have a much better understanding of how hot it was, especially whether it was a dry heat or a humid one. There is a big difference between the two.

When you add your descriptive words to the story, explaining in more detail what was happening, you paint a picture for your audience: they see what you are describing. In the retelling of either scenario, let your voice depict the image by using vocal variety and the right tone. You might emphasize a particular word or slow down on a few words or even pause. There are numerous ways to add variety to your vocal delivery.

Your audience deserves your best – use imagery next time you speak and they will not only be impressed but better able to remember more of your message. Imagery works; use it!

Join me in Mt Laurel, New Jersey, March 20 & 21, for my next 2-Day Workshop and we’ll work on creating imagery as well as discovering your richer, warmer, resonant speaking voice!